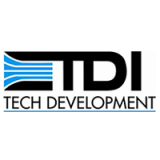 In the last 2 decades TDI Air Starters have become the world leader in quality and reliability. Not without reason, Hatraco is proud to be TDI air starter distributor in Europe already for many years.

Since 1979, TDI starters have proven themselves in the world’s harshest, most demanding environments. TDI’s solid performance under these conditions have made the TurboTwin and TurboStart brands, the industry standard for reliability and long life.

Since the late 1950s Tech Development (TDI) honed its precision machining craft by creating some of the world’s most sophisticated turbine air simulators for the aerospace industry. Their mastery of reliable and durable turbine blade machinery earned the company a reputation that garnered a significant amount of custom project work in the growing turbine-related industries.

TDI soon became an international leader in turbine technology and the manufacturing of sophisticated custom machinery. The company’s core understanding of the movement of air, power, coupled with its ability to design and manufacture sophisticated rotating devices was a ripe environment for the development of new products. When TDI design engineers applied themselves to developing an air starter for reciprocating and gas turbine engines, its TurboStart line quickly became a highly successful market brand. When the company expanded its line to include turbine air starters for the oil and gas industry, ship and workboat markets, and mining industry, the TurboTwin line of air starters changed the way people defined performance.

Today, TDI is recognized worldwide by every OEM and significant system packager as the leader for highly reliable starting of large engines. The same spirit that has designed some of the most advanced turbine systems for the aerospace industry continues to drive the development of even more reliable and efficient air starters. TDI is a member of the GE Aviation division.