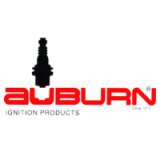 The origins of Auburn date back to 1910, when two small companies. "The Auburn Igniters Company" and "The New York Mica and Manufacturing Co." began manufacturing spark plugs using mica as an insulating material. These companies merged to form the Auburn Spark Plug Company, which produced spark plugs for automotive and industrial applications for the next eight decades.

After the Second World War, Auburn expanded its product line, and developed its technology for the emerging markets of the next half of the century. Auburn supplied an igniter for the X-15 manned rocket, insuring engine ignition at high altitudes. Auburn's industrial market grew with the addition of electrical feed-throughs, liquid level control electrodes, flame rods and observation ports.

During the 1970s, Auburn manufactured turbine igniters for AC Spark Plug Company, a division of general Motors. These igniters were designed for the aviation industry, and are used throughout the world by major airlines. In 1981, Auburn acquired the rights to design, manufacture and market AC's entire line of aviation igniters and spark plugs.

In 1977, the auburn Spark Plug Company became a wholly owned subsidiary of SL. industries, located in Mt. Laurel, New Jersey. Until 1998, the company's name has been SL Auburn, Inc.